Skip to content
Blarney Castle | A Magical Place in Ireland

There are probably few people in the western world who have not heard of the Blarney Stone. It has been for years a tourist pilgrimage for visitors to Ireland. They come in the droves, from ordinary folks to everyday names in film, art and politics, to kiss the stone at Blarney Castle in the village of Blarney near Cork. A witch, it is speculated, once revealed long ago that to do so would bestow the kisser with powers of eloquence.

To visit Blarney Castle entirely for the privilege of being lowered backwards over the parapets to kiss a stone in the castle walls is a fun tale to take home from your visit, but there is ever so much more to do at the castle leaving most visitors surprised and delighted.  Plan to spend more than a few hours at this site to take in all it has to offer so you will not go away disappointed. 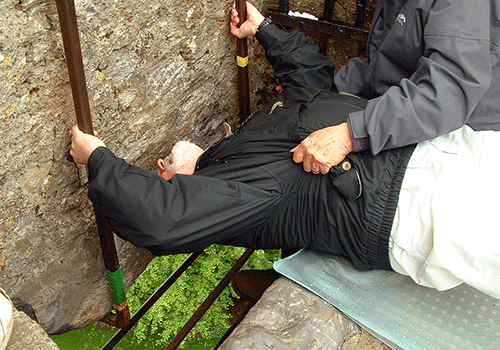 The castle itself has origins from the 13th century when a stone fortification was built on the site of an earlier wooden structure. Destroyed nearly two hundred years later, this fortification was replaced by a castle built by Cormac MacCarthy. It had a stormy history after that, as did Ireland, with the castle changing hands many times until finally purchased by the Jefferyes family in the 1700’s. Most of the castle is a ruin these days but some parts are still intact and open to the public. The mansion built nearby by the family (now the Colthursts by marriage), called Blarney House, is open to the public in the summer. Blarney Castle and grounds are usually open every day excepting Christmas Eve and Day. (Check their website for current open times.) 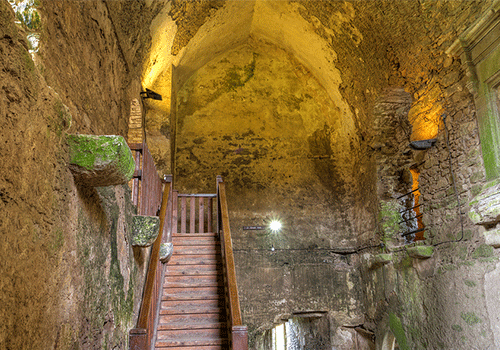 The highlights for most visitors are the gardens and walks. Take sensible shoes if you wish to enjoy the full experience. There are planned walks or trails which can last from a leisurely 20-minute stroll to a full hour and a half or more adventure, from woodlands to skirting the nearby lake. Combine a few planned walks and you can spend the most part of a day in exploration. What’s to see in the gardens? 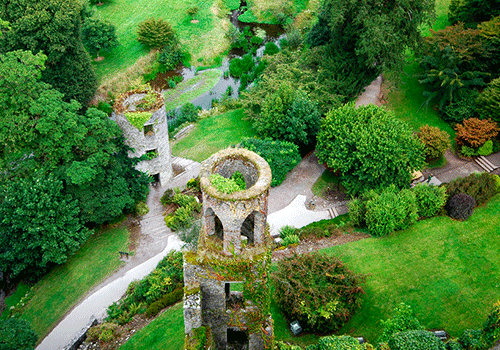 There are five distinct gardens and the Rock Close. In the Poison Garden you are educated in poisons with a collection of deadly plants labelled and with history of use. Some plants have restricted access they are so toxic! The specimens have been collected from the world over and include ricin, opium and mandrake to mention a few. Not a place one will want to linger but at the same time extremely interesting to see plants one normally only reads about. There is also the green wonderland of the Fern Garden which showcases eighty varieties of ferns with some as tall as seventeen feet. In the Arboretum and Pinetum, you can view very ancient yews and chestnuts imagining yourself back in the time of the Druids. The Herbaceous Border Garden is a rainbow of color as it celebrates perennials and summer annuals as well as boasting a near 300-foot long rose pergola. And since you are in supposedly wet Ireland, one should also expect a Bog Garden, here with two waterfalls, a willow tunnel, and a wooden walkway to spare your feet. Last, but not least, is the Irish Garden which is largely eco-educational. 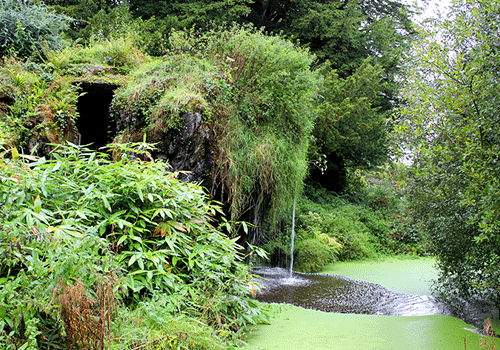 One of the lovely garden sights ( Image: Bigstock)

The Magical and Mysterious

Equally intriguing as the Blarney Stone around which many legends have sprung, is the Rock Close with legends of saints and being part of the Lia Fail upon which Irish kings were crowned, . Here you will find the Wishing Steps which you must climb to make your dreams come true, the Witch’s Rock, and the Druid altar. This is another mystical part of the grounds which, like many places in Ireland, will have you believing in leprechauns and faeries. 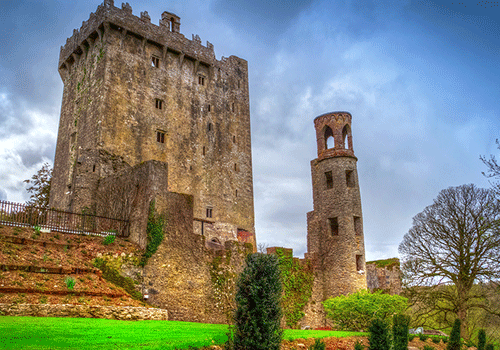 Whether you are on a day excursion from a cruise ship or just visiting Ireland on your own itinerary, Blarney Castle is one place to include on your list of “must-sees”. And whether you leave silver-tongued or not, you will have been enchanted, enriched and transformed by this magical place.

Contact your trusted real travel expert to ensure Blarney Castle is on the itinerary of your next visit to Ireland. Many British Isles cruises have ports of call on the eastern coast of Ireland so a day trip is always a possibility too!

Header image of the castle and grounds courtesy of  Pixabay.