A very popular cruise itinerary is the Canada-New England one offered by many lines and it is especially popular with cruisers during the autumn months to see the changing foliage. Most of these itineraries either have Quebec City in Canada as a starting/end point or as a port of call. This is a marvelous city to visit, and probably the closest one will get to have a “European” experience in North America.

Quebec is the second largest city behind Montreal in the Canadian province of the same name, and is located where the magnificent St.Lawrence River narrows and forms an estuary. The name itself is believed to come from the Algonquin word “kebec” meaning “where the river narrows”. It is composed of an Upper Town and a Lower Town. 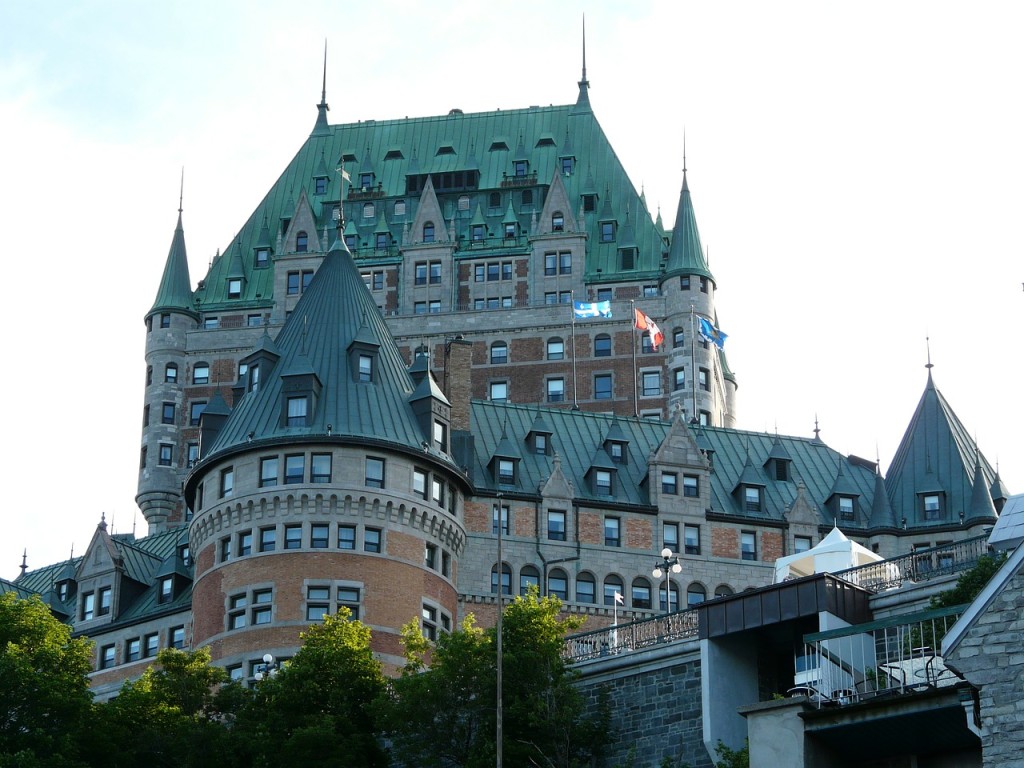 The Upper Town towers over the river with the Chateau Frontenac as its most powerful silhouette. The high ground is Cape Diamond some 100 meters above sea level. The Upper Town can be reached by a set of stairs or a funicular rail if walking.

The Lower Town is the city’s historic centre. Both Upper and Lower boast historical sites, and there are many to visit here besides a large variety of boutiques and quaint shops. Stroll streets of old stone buildings and you will think you are in an old city in Europe. Quebec is one of the oldest cities in North America being four hundred years old. 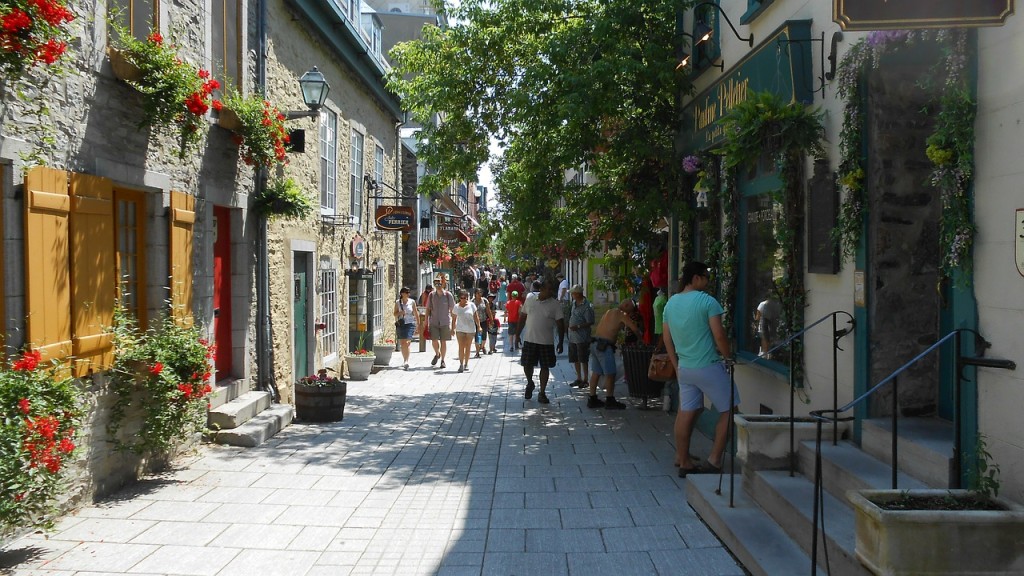 Shopping amid history in Old Quebec

Jacques Cartier was the first European to found a settlement here in 1541 but it was not until Samuel de Champlain in 1608 that a colony survived and flourished, the others before it defeated by weather, sickness and the native Americans. He fortified the city against attack as France and England were continually at odds. His intact walls are the only city ramparts remaining north of Mexico, and have been designated a UNESCO World Heritage site. 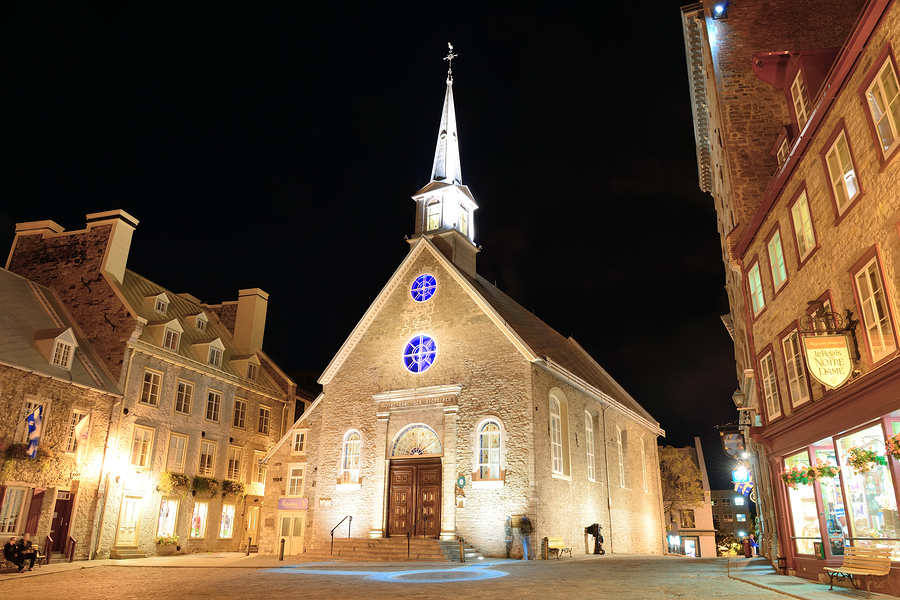 In the Lower Town there is also a small church, the Eglise Notre-Dame-des-Victoires. It is in the spot where Champlain built his first home/fort in 1608. The church was built in 1688 and named after two early victories against the English but rebuilt twice after bombings by the English in the mid eighteenth century. It was surrounded by merchants originally and today is no different making it the hub of any visit.

Another place to visit – perhaps to have a meal or a post/pre cruise stay is the Chateau Frontenac perched on the hill over the Lower Town. It was built as a grand hotel in the great age of the railroad, and still maintains that reputation today. Outside the hotel is the Terasse Dufferin which is a walk  along the top of the cliff affording marvellous views. The walkway will eventually lead to the Plains of Abraham, where the battle of the same name decided Quebec’s fate under an English victory. 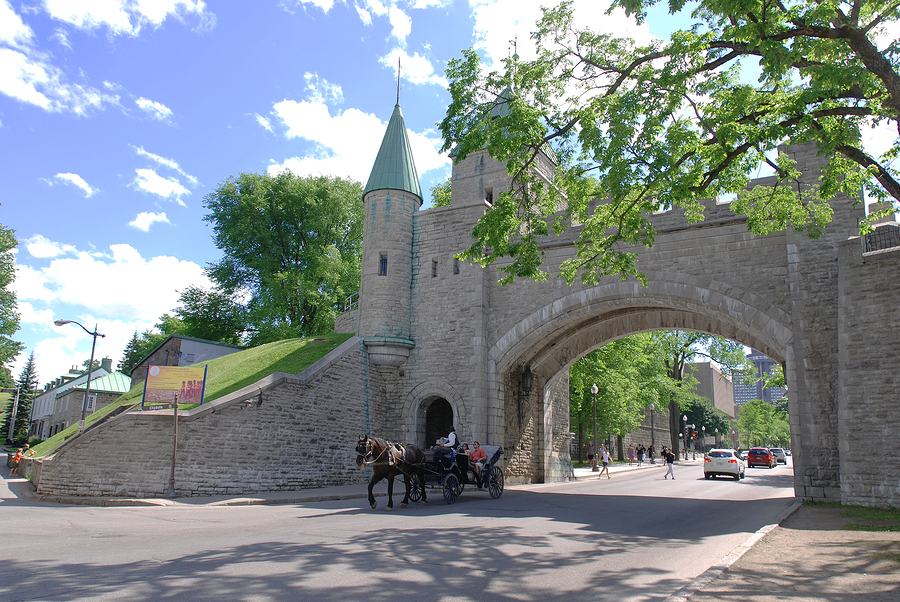 Porte Dauphine Gate part of the walls of Old Quebec

Other places noteworthy of a visit are the Musee de Fort, Artillery Park Heritage Site, the Musee de la Civilisation and Montmorency Falls to the city’s east. These are just a few places you can see on a visit to Quebec City, as one is spoiled for choice with history, dining and shopping. Plan ahead what you wish to see as ( from one who knows) , you can be enamored of the historic downtown and spend a whole day there! 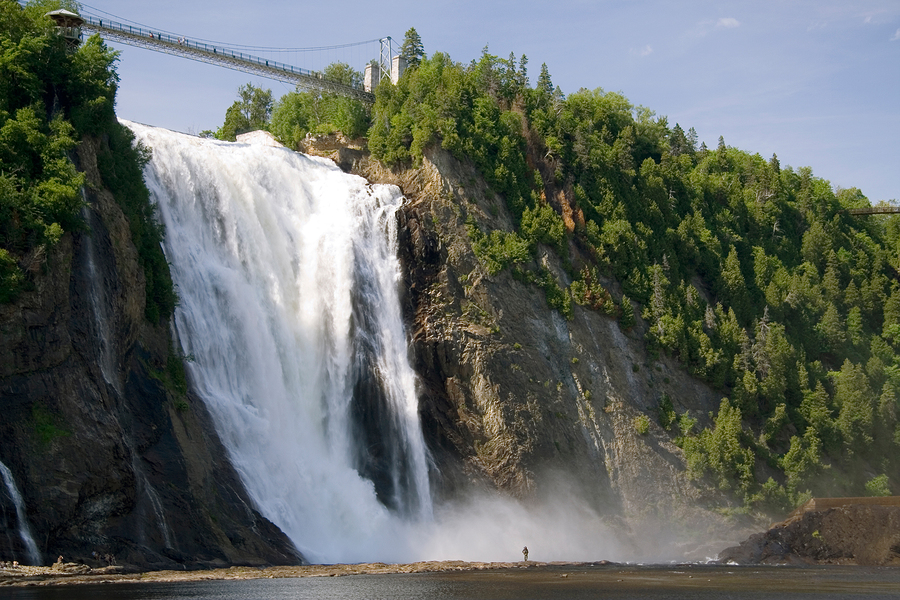 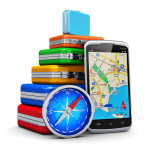 Arrange to visit  Quebec City on a lovely Canada-New England cruise. Ask your travel professional to book your cruise this year.