Most people when they think of a river cruise picture themselves on a river in the heart of Europe – the Rhine, the Moselle, or the Danube. A few others may think of France – the Seine, the Rhone, the Dordogne, the Saone  or the Garonne as they have visited Normandy or the wine regions of France on a recent cruise.  Someone else may have cruised the Elbe in Czechoslovakia and Germany. A new popular river cruise choice is the Duoro River which transports one through a beautiful wine growing region of Portugal from Oporto on the Atlantic to nearby inland Spain (by land on an excursion). With all of these river cruise destinations, the traveler knows of the attractions and places he/she will visit as they are popular and widely known to the average person. 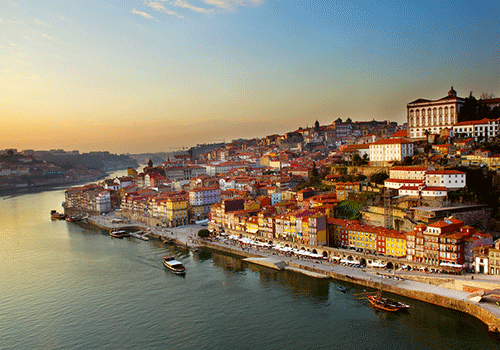 Oporto in Portugal, the start of a Duoro River Cruise

But river cruising is not just this part of Europe. All the following destinations mentioned in this article are river cruises offered by  well known and reputable  lines such as ( in alphabetical order) AmaWaterways, America Cruise Lines, Avalon Waterways, Scenic River Cruises,  Uniworld Boutique River Cruises, and Viking River Cruises. Between these trustworthy river cruise lines and your professional travel advisor, you can explore new frontiers with ease and your adventures remain stress-free. 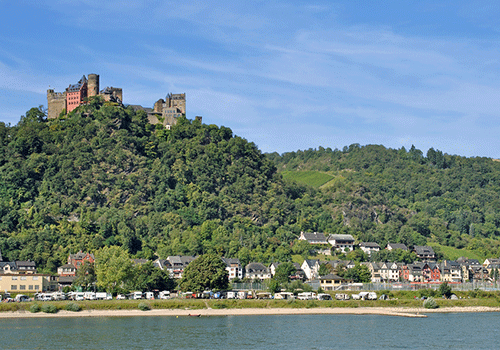 Not far away from the afore-mentioned popular Western European cruise destinations is Russia. River cruising is a fantastic way to see this country on the Volga ( incidently the longest river in Europe)and its canals. You can sail from Moscow to St.Petersburg in a country familiar yet foreign to most. While these two cities have famous attractions such as Red Square and its surrounding historical buildings(Moscow), and the Hermitage (St Petersburg) the landscape and towns in between (such as Uglich ) will be a surprise and a delight.  You will discover how life is different in Russia both in architecture and culture. 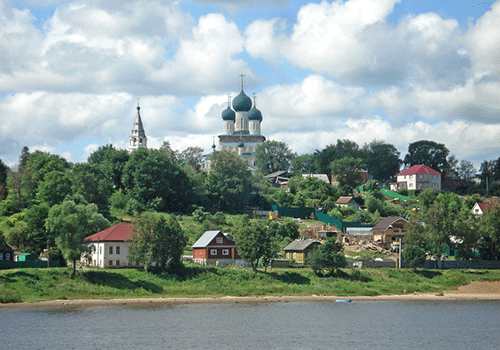 Or you can  cruise the Dnieper River from Kiev in the Ukraine to Odessa on the Black Sea – land of the Cossacks, and the eastern empires of the Ottomans and Byzantines. It’s as different to Russia as France is to Portugal.

River cruising in Asia has been promoted strongly in the last few years, primarily the Mekong with land excursions in Cambodia and Vietnam. But did you know that there are cruises of the Yangtze River in China? Imagine seeing real pandas, the famous Terracotta Warriors, and the Forbidden City, and enjoying authentic Chinese dishes like Peking Duck! 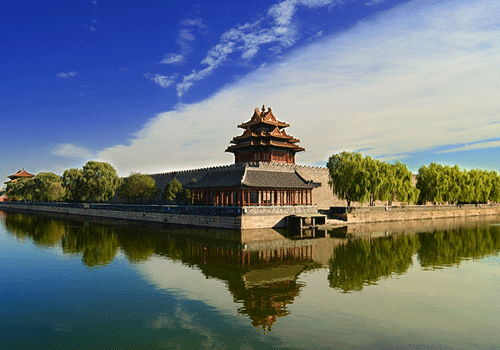 A corner of the Forbidden City

But Asia is more than these three countries. The Irrawaddy river affords a marvelous cruise through Burma( now called Myanmar). There you will see the 2300 Buddhist temples in the plains of Bagan. And the culture and landscape here is different again to its neighbors  – picture shrines, lavish temples,teak forests, elephant rides, monks and monasteries. 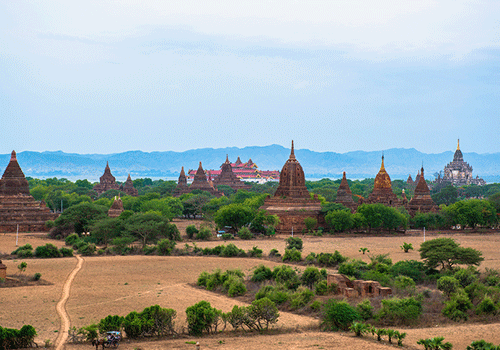 The temples of Bagan

We must also not forget Tibet. One cruise line offers “The Roof of the World” which takes you from Tibet to Shanghai. While it encompasses many of the sights of the Yangtze river cruises, it also lets you experience this Himalayan country and the Dalai Lama’s Potala Palace in Lhasa, a UNESCO World Heritage site and museum. How many people would think it possible to experience Tibet on a river cruise? 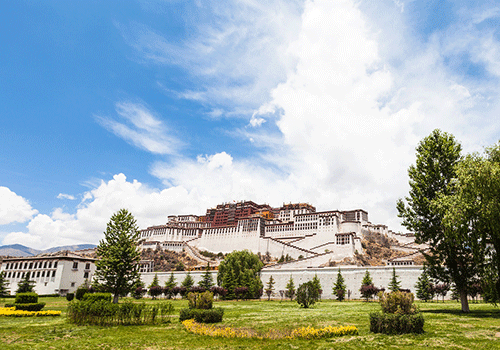 Potala Palace in the “Roof of the World” Tibet

Moving westward again, India is also explorable by river cruise from New Delhi to Kolkata along the Ganges river. This itinerary visits the “Golden Triangle” of Delhi, Agra and Jaipur. Varanasi ,a call on this cruise, is claimed to be the world’s oldest continuously inhabited city so history buffs can take note. With the preponderance of the eastern religions practiced in India ( Hinduism, Buddhism, etc.) the spiritual-minded will find an Indian river cruise uplifting and enlightening. 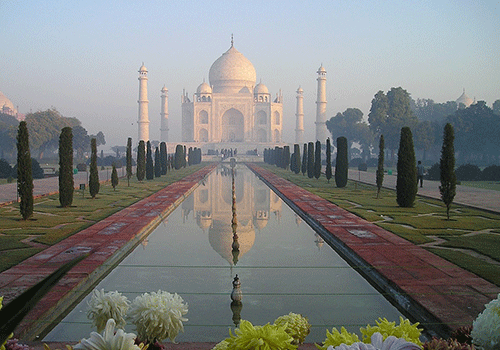 The Taj Mahal in Agra

The largest continent, Africa, also sports its river cruises. From the history-laden Nile Cruise with its Egyptian pyramids and tombs to the safari/river cruise combinations of South and East Africa, one is spoiled with adventure. Some of the latter cruises take you as far as the Victoria Falls, or combine with luxury rail journeys that afford a thousand miles of indescribable scenery. 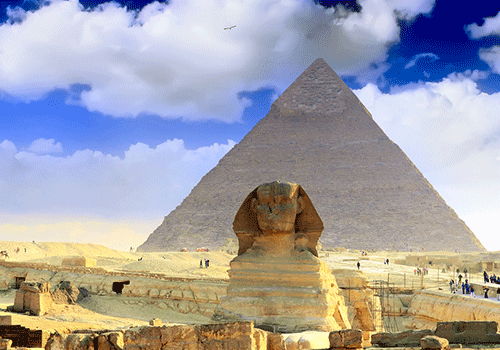 The Sphinx and Great Pyramid

Let’s cross the Atlantic Ocean to South America and one of the most diverse (in landscape)for its size countries in the world: Peru. River cruises here are at the head of the Amazon in the tropical rain forest where you can swim with pink dolphins and learn about local flora, fauna and the native culture. But these river cruises also include side excursions by air to Machu Piccu and the Sacred Valley- a vast contrast in height, temperature, wildlife and culture to the rain forest! And of course you visit Lima, a city as modern – or more so -as any in North America and Europe. 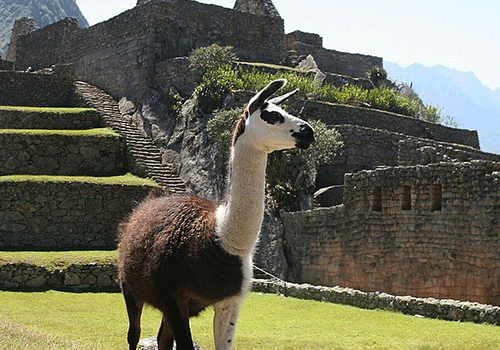 If we return “home’ to North America, there are many rivers with cruises here too. Cruise southern hospitality with luxury service and accommodations on a Mississippi two paddle wheeler. Prefer the lush surroundings and wildlife of Florida? You can cruise for over a week in the heart of the Ocala National Forest and on the St Johns and Tolomato Rivers. Or are you more of an outdoor, rugged countryside type?  Cruise the Snake and Colombia rivers from Portland on another paddle wheeler experiencing the western landscapes and wildlife. 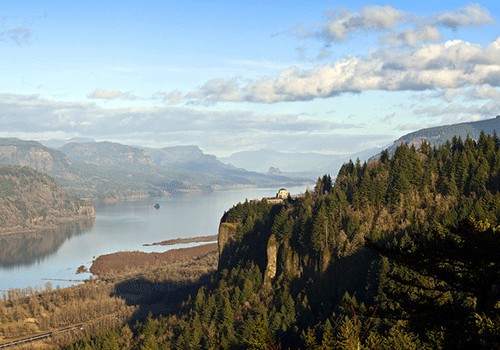 So if someone tells you they are going on a river cruise vacation, don’t automatically picture them on a cobble stoned street in Western Europe – they could be going almost anywhere in the world! Something for you to think about as well if you want to move your vacation aspirations up a notch without the worry of journeying into the unknown without guidance. A river cruise is always the perfect choice! 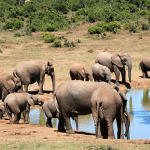 A safari and a river cruise – 2 great experiences in 1!

Do these places whet your travel appetite? Contact your trusted travel professional who is expert in river cruising and the itineraries available for all the major river cruise lines. It is very likely he or she has experienced some or all of them. Rest easy knowing you are in great hands!

Article written by D. MacIntyre of compassmedia.solutions. Photos courtesy of Bigstock and Pixabay.