Skip to content
Why Shoulder Seasons Are Good Travel Times 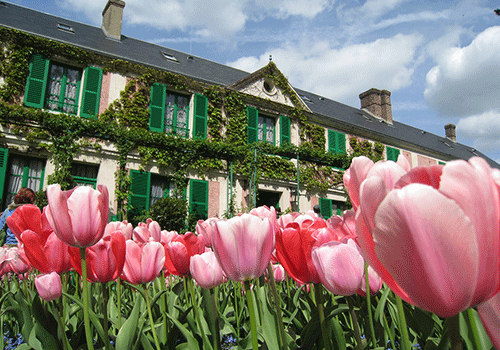 Have you heard of the travel term “shoulder season?” It refers to the spring and fall months, between the peak and off-peak travel seasons.

In my opinion, unless your occupation is in education or you have children in school, there is little reason to travel in the peak season. Often it’s worth taking the risk of having good weather to save some money.

It seems that as soon as schools break for summer, rates for airlines, hotels and cruises all go up. But that’s not the only thing that increases. So does the temperature! For us Oregonians who have become accustomed to a cooler climate, those higher temperatures can be brutal.

Since Italy is the most traveled to destination for our clients, let’s compare its monthly temperatures. The temperature in April in Rome is 68 and in October it’s 73. The average temperature in July and August is 88 and 89. I don’t know about you, but when our temperature reaches 70 here in Oregon, I think it’s perfect. Temperatures in the high 80’s send me inside to air conditioning. Now throw in a little humidity, as Italy has been known to do, and you might as well go to Disney World in Florida in July and August. The temperatures are similar.
A good example of a benefit of traveling during the shoulder seasons is one that I just experienced. More often than not, when any of the agents in my agency travel, we ask if others want to join us. Friends have become clients and clients have become friends.

Twelve of us went to southern France in April on a river cruise from Avignon to Lyon. The cruise price and airline tickets were extremely discounted due to April being in the shoulder season. The temperature was perfect to us – between 70 and 75 every day and not a drop of rain.

Two couples decided they were not willing to take the risk and booked the exact same trip we went on, but they are traveling in June. They paid $2,000.00 more per person for the exact same trip. They’ll probably have hotter weather and a lot more crowds than we did…and we have $2,000 more in our pockets!

So the next time you want to get away, remember the advantages of shoulder season! Have questions about a particular destination’s shoulder season? Give me a call!

About the Author: Beth Schulberg

Beth Schulberg has owned Cruise and Travel Specialists since 2002. She realizes what makes the difference in remaining a viable business are the relationships she has with her clients along with excellent service and travel knowledge. If you’re looking for an experience of a lifetime, you’ve found the right travel specialist. Having been on over 100 cruises since she started this business, she knows because she goes! Learn More About Beth