Skip to content
Things To Do In Stockholm, Sweden

Is there a cruise or visit to the Baltic states in your future? Stockholm, the capital of Sweden, is sure to be on your list of places to explore. Stockholm has its location on a series of islands, much in common with that famous city to the south, Venice. The city sprawls over fourteen small islands divided into ten districts connected to each other and the Swedish mainland by a series of approximately fifty-seven bridges. Travel about the city by motorized vehicles, trams, ferries and boats, or by bike or on foot – there is so much to see and enjoy!

A third of the city is water, a third is parks and green spaces, and the remainder typical but charming Old World cityscape. Due to all the natural areas, Stockholm is a very environmentally clean city. You can even swim in its waterways if you want to. Public beaches abound; none are privately held. The architecture of the buildings varies from very old to modern as very little has been changed or destroyed over the centuries. The city was first mentioned in ancient documents from the 13th century. 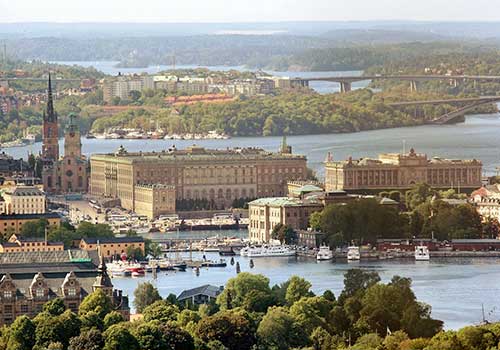 An Aerial View of the City Built on Islands
Image: Pixabay

Stockholm has palaces, cathedrals, and museums – almost one hundred of the latter, more per capita than any other world city. Many are free or free at certain times. Visit the National Museum, repository of over 50 thousand paintings and artifacts. The National Maritime Museum explores vessels and maritime history from the 17th century to date. Their floating museum ships are on display near the Vasa Museum. Here you will see the most fully intact 17th century ship (95%) that has ever been found, and after which the museum is named. 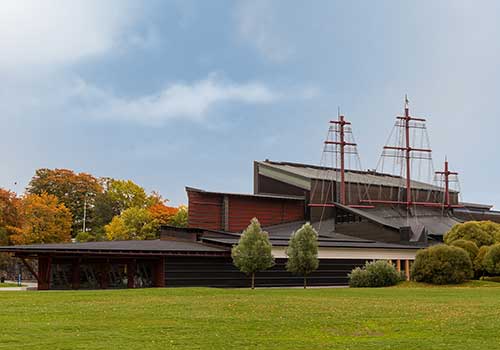 The Nordiska Museet is quite prominent in Stockholm’s skyline. It is dedicated to Sweden’s cultural history and ethnography. It is quite close-by the Vasa Museet and a must for those with Swedish ancestry or students of world culture. Here you will find everything from exhibits on the indigenous Sami peoples to fashion, photography, folk art, and more. 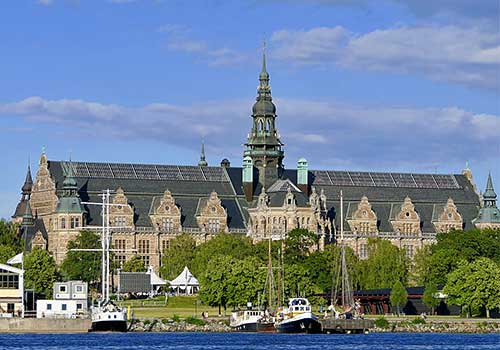 Most everyone loves the music of ABBA. It is not surprising that an entre museum dedicated to this Swedish music group is in Stockholm. Here you can see ABBA memorabilia from outfits to awards. Participate and record your own performances singing and dancing in virtual stage costumes if you dare. 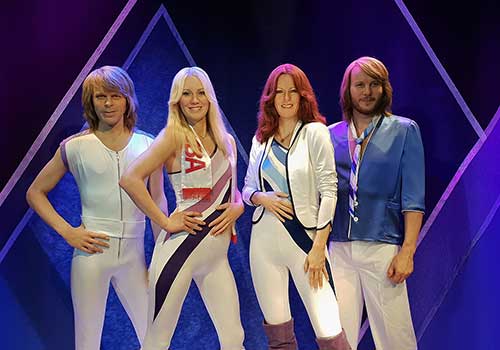 Stockholm boasts the world’s first national city park, the Royal Djurgarden. It is huge and encompasses some of the afore-mentioned museums, the Stockholm University, and four palaces. It has belonged to the crown since the 15th century.

Millesgarden on the island of Lindago is both a sculpture garden and art museum. It also contains the artists’, Carl and Olga Milles, former home.

See the world’s largest water lily at the Victoria House in the Bergeus Botanic Garden located at Lake Brunnsviken. The Gardens are free and contain thousands of trees and herbs. Exotics are displayed in the conservatory and Victoria House.

Check out the public playground/park, Bryggartappan, for a look at life in the 1800’s Stockholm – replica houses, smithy, workshops, factory – great for kids.

The Woodland Cemetary doesn’t sound like a place you want to frequent but it is treasured for its scenery and quietude plus amazing architecture. You will find the grave of Greta Garbo if you look. Most locals use this area for peaceful walks.

Birka is a 2-hour boat ride from Stockholm so not in the city per se; however, it is well worth the effort. The site is an archaeological dig  and museum of a Viking outpost.

Don’t miss the Drottningholm Palace and its 300-year-old Chinese Pavilion theatre. The latter contains some of Europe’s finest examples of rococo furnishings. The Palace has been home to Sweden’s royal family since 1662.

Ride the Skyview up the side of the Ericsson Globe, the world’s largest hemispherical building. It is used as an indoor venue for hockey and concerts. It is known locally as Globen.

See if you can find Stockholm’s Iron Boy or Jampojke also referred to as the “little boy looking at the moon”. This is a minute (about 8 inch tall ) public statue by sculptor Liss Erikson and is located near a small church square in the Old Town or Gamla Stan. Leave a gift, pat his head, and receive good luck. It’s Stockholm’s version of a wishing well. 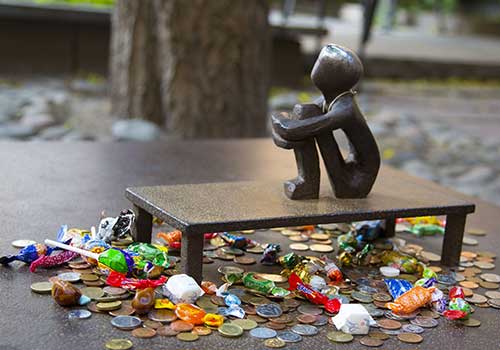 For all its geography situated as it is in the northern reaches of Europe, Stockholm’s weather is mild due to its position on the water. Still, the best time to go is in the summer, June through August,  when all the attractions are open, the weather is warm, and you can enjoy Stockholm in daylight nearly round the clock. This is the land of the midnight sun!

Ask your travel expert about a visit to Stockholm or, if booking a Baltic cruise,  to plan out your port visit. You don’t want to miss out on some of these charming and unique treasures of the city. 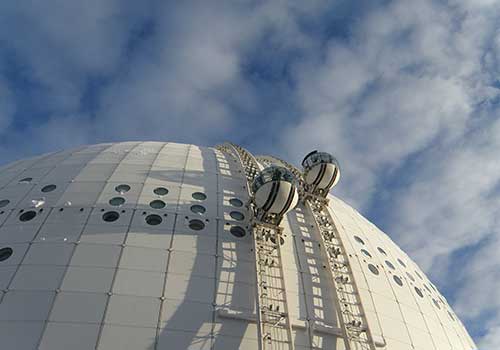 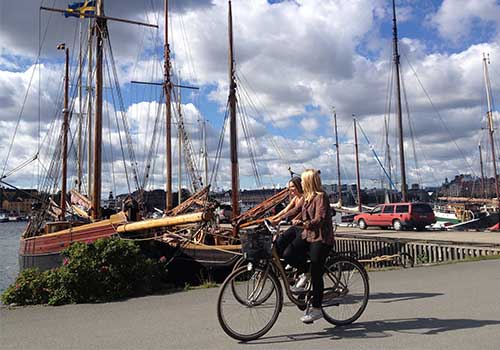 Be Prepared for Upwards of 70,00 Bikers!
Image: Pixabay

Header image of Drottningholm Palace and feature image of  Stockholm from the air both courtesy of Pixabay.