Would you chose to cruise at Christmas?

My daughter and her daughter are already planning their next Disney cruise f (we were on the Magic recently), and the Kow is ready to turn it into an extended  family group.

Disney is one of the few ocean cruise lines I would consider at that holiday time of year if children were involved. The cruise becomes all about the children’s experience and your enjoyment comes from watching them – and let’s face it, Disney is all about the kids. Now if it were just myself and the Kow, I would definitely push for a cruise where children were few to none. Don’t get the wrong idea here, I love children, but I remember being on a post holiday cruise with Celebrity ( it was a Jan. 3 or 4 cruise) where the crew were still cleaning up after children went wild on the prior voyage. Kids on Disney generally are better behaved because they have more to do.

Even though it was only mid November when we cruised, the atrium of Magic had a two storey tall Christmas tree, in the Guest Relations area a ginger bread house the size of a Wendy House under construction, and poinsettias and wreaths were everywhere. I can’t imagine what it would be like on this ship December 25th ! Micky as Santa? Has anyone done that cruise? 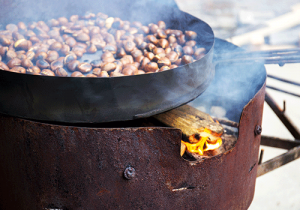 Next year , my daughter and I are planning on a Christmas Markets river cruise. We both feel rather humbug about Christmas as it seems to be all stress and bother– about gifts, about who goes where and when for Christmas meals, etc. etc. (My married children have attended  three family Christmas dinners within the space of six hours some years). This little jaunt through the traditional festivities in Germany will go a long way to restoring our spirits. Every time I read the itinerary, I get excited – and as I write,  Christmas is not a week past.  Bring on the gluhwein and roast chestnuts!