The Perfect Time to Visit the Netherlands

One of the most spectacular spring holidays one can take is a trip to the Netherlands when the tulips are blooming. There are many towns and gardens around the world that also have vast displays of tulips and/or tulip “festivals” – for example Ottawa, Canada or Holland, Michigan – but for a truly memorable experience, one must visit the tulip fields of the Netherlands. 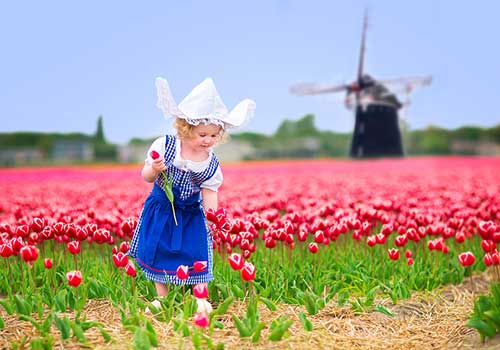 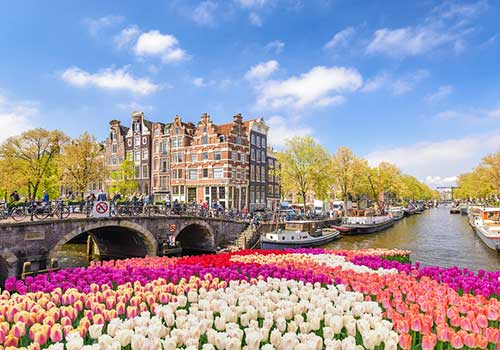 The Origins of the Tulip

Tulips in Europe have a long history, originating in the East. They were not introduced into western Europe until the mid-1500’s and did not come into vogue in the Netherlands until the early 1600’s. Tulips take many years to grow from seed but their beautiful, strong coloring made a cheerful sight in the springtime of the northern climates, and were worth the wait for the newly rich and privileged Dutch designing their estate gardens. But just as we do today, people started planting the tiny offshoot bulbs instead of the seed, resulting in spectacular blooms within a year or two. Adding to this, viruses appeared that affected the bulbs, producing one-off exotic varieties of color and shape; these could only be reproduced from the “babies” of the affected bulbs, and not from the seed. So the tulip bulbs themselves rather than the seeds became enormously coveted. Consequently, prices of individual bulbs inflated to astronomical levels only to burst drastically and dramatically within a few years. But the Dutch maintained their love affair with this colorful turban-shaped flower regardless.

Tulip “season” kicks off early in the year with a National Tulip Day in January but the actual blooming time does not start, depending on the weather, until late March when you might see the first crocuses, daffodils and early bloomers. To ensure yourself of the best possible displays of tulips, one should plan your visit for mid to late April. The blooms are all but gone a month later so be hesitant about too late a date in May. You might even be so lucky as to be there for the Flower Parade (check http://www.holland.com for the date in late April). 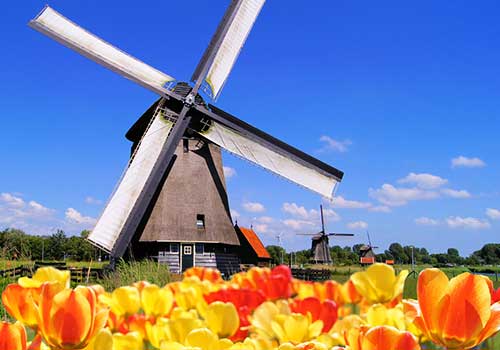 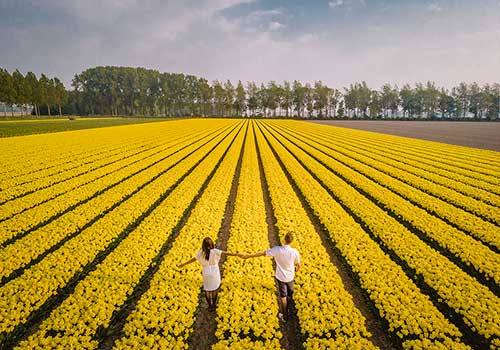 A field of tulips in the countryside

Where to See Tulips

Within a small radius ( less than an hour’s journey) from Amsterdam, you can tour the countryside of field after field of glorious blooms. The Keukenhof Gardens in Lisse is the place to go if you wish to see a vast variety of tulip blooms – over 7000 different bulbs – amidst a breath-taking park-like setting of thousand of trees over acres of gardens – a magnificent feast for the eyes. Be sure to take your camera on this excursion! 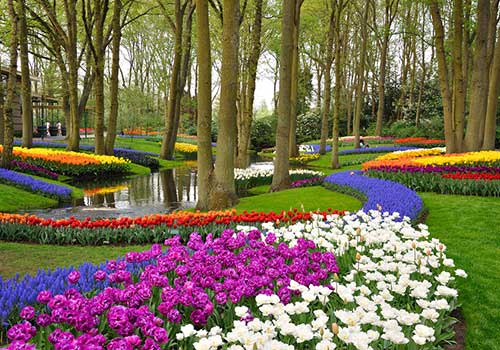 An array of tulips in the Keukenhof Gardens 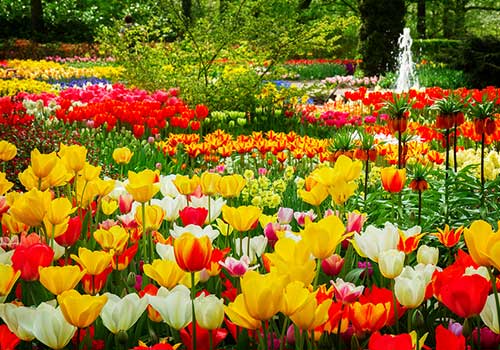 Another display of tulips in the Gardens

You will be tempted by sales of tulip bulbs when visiting the many flower markets such as the Leeuwarden market and the Floating Flower Market in Amsterdam (at the Singel Canal).Thinking of taking a few bulbs back home to grace your garden? Look for specific varieties with signage indicating they are permissible for import to the United States and Canada (note: the vast majority of varieties will not be available for import). You must declare the bulbs at Customs. Even with certification from the seller (you must have this to show), your bulbs could possibly be confiscated if there are even hints of growth, soil, pests, etc. There is also a limit to the number of bulbs you can take into the US. A suggestion is to note the varieties you like when in Holland and enquire of local or mail order nurseries in your own country when you return home. 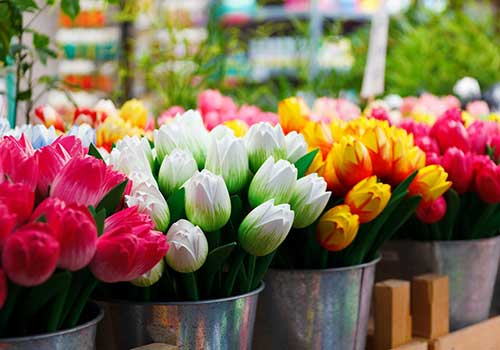 An extremely popular way to have your Tulip Spring in The Netherlands is to book a Tulip Time river cruise as it offers your hotel, meals, entertainment, tours, and expert local guides all in one, leaving you to relax, enjoy the oceans of color in the tulip fields, take hundreds of photos, and make it a travel-bucket-memorable vacation. Contact your real travel expert to inquire on the options available.

All photos courtesy of  Bigstock, except where noted otherwise.