Skip to content
Previous Next
Lost Love and Locks

Would you think twice about making a wish and throwing a coin into a fountain or wishing well? Probably not – unless it was your last coin and you needed it, of course. Most money is gathered up from public “wishing wells” and given to charity so it’s a nice gesture even if the wish comes to naught. But would you buy a lock, engrave or scratch your own and your lover’s names to it, attach the lock to a structure, and throw away the key to ensure long lasting love and togetherness? If you are like many people around the world, you would. Unfortunately such a superstitious – or wishful – action causes continuing controversy and headache for the owners of the structure or municipality where it is located. 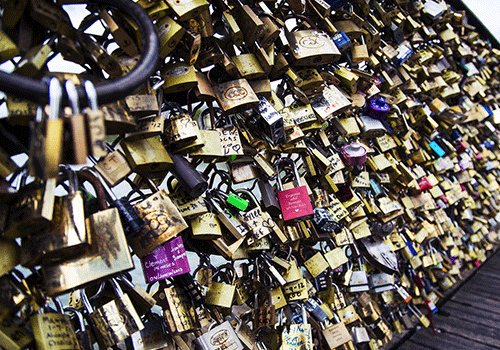 The Origins of the Love Lock

Probably the most famous of these structures is the Pont des Arts in Paris, no surprise as Paris is seen as one of the most romantic cities in the world. The surprise here is that this activity is relatively recent – it started about ten years ago – in the scheme of the wishing padlock history. Legend has it, this practice of fastening “love” locks to structures grew from a case of love lost around the turn of the twentieth century in Serbia. Girls, not wishing to lose the love of their life, as had a local village girl when her lover left her for war and found another lover, fastened locks to the bridge where the doomed lovers used to meet. Overtime, this superstition spread eastward to Asia, but it wasn’t until the last two decades that it appeared in western Europe and North America. 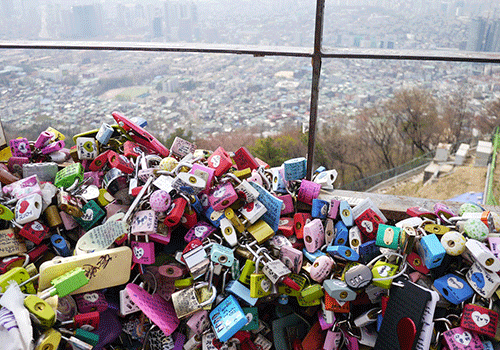 Love locks at the North Tower in Seoul.

Where Can You Find Them?

Yes, North America has places where love locks as they are called, can be found. And so does Australia and Northern Africa. You can find them in the United States ( Atlanta, and Las Vegas), in Canada ( Vancouver Island and Toronto on the Humber Bay Arch Bridge) and in Australia (Toowoomba, Canberra and Albury). In Seoul, South Korea, the love locks are attached to the fence on the second floor of the North Tower Roof Terrace. In Moscow, special iron trees have been erected on a bridge over the Vodootvodny Canal to contain the love locks so as not to affect the structure, a great compromise when you think about it. 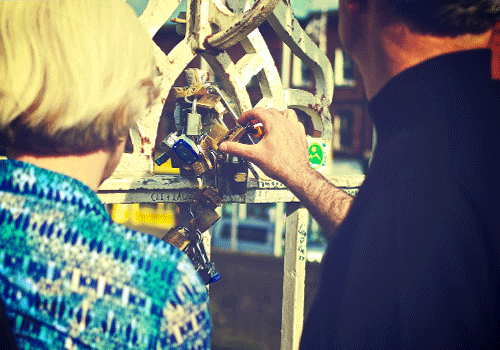 The Problem with Love Locks

Because the structure of many popular bridges are being affected adversely by the locks, the cities in which they are located are scrambling to come up with alternatives and – unfortunately for lovers and tourists (sometimes one and the same) – deterrents. In Dublin, all the locks were and will continue to be removed from the Ha’Penny Bridge and Millennium Bridge as they are considered an eyesore by the authorities and to prevent damage. In Florence, over 5000 padlocks were removed from the Ponte Vecchio with the same reasons being given. The city council in Paris has begun replacing the fencing on the Pont des Arts with special glass fences to which padlocks cannot be adhered. This is as a result of the collapse of part of the bridge’s parapet under the 50 ton weight of all the locks in 2014. But the Pont des Arts is not the only Parisian structure where you can find love locks. They can be found on many other Parisian bridges and monuments. The city has appealed to the public to stop this practice without resorting to outright bans or fines.(See update*) Such drastic actions by the authorities have proven to result in public outcries when attempted by other cities in other countries. 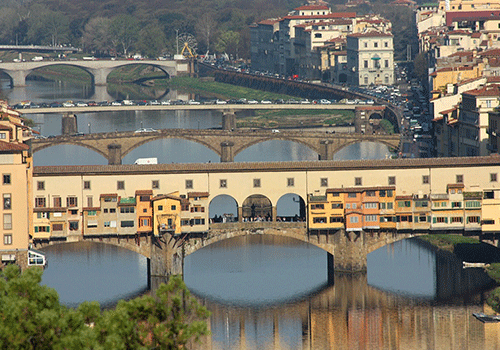 So it seems regardless of their nuisance, cost to the public purse, and the safety factor ,this superstition of love locks will continue for the time being. However, while in Paris, or Florence, or Dublin, or Seoul or countless other cities do make the pilgrimage to these popular tourist spots and take a photo. Because you never know, one day you may go to place your own wish and the love locks will have disappeared – like the original Serbian lover did to the broken-hearted girl he left behind. 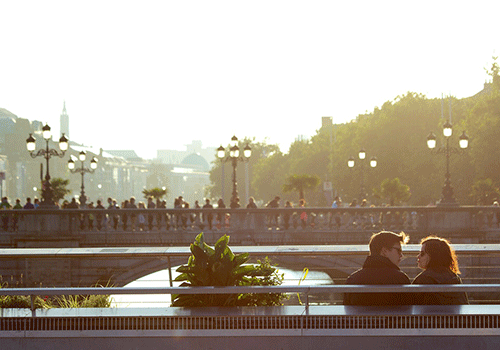 *It is now illegal to attach love locks to the Pont des Arts.

Photos courtesy of pixabay.com and bigstock.com