Skip to content
The Quaint Town of Rüdesheim am Rhine

A popular stopping spot for any Rhine River cruise is Rüdesheim, or Rüdesheim am Rhine, located at the eastern bank of the Rhine Gorge not far from the Lorelei. The town is surrounded by vineyards and lies below the towering Niederwald hill. Due to its location in a UNESCO World Heritage site ( the Rhine Gorge), and because of the town’s attractions including its quaint streets, Rüdesheim is one of Germany’s most visited areas.

If visiting on a river cruise, the docks are located just a few minutes walk from the town center. There you will find winding and hilly streets packed with pubs, stores and attractive old buildings. One cobble-stoned street consisting mainly of restaurants is known as the Drosselgasse. This area is extremely popular with tourists in  summertime with its outdoor cafes and bands playing. Or you could walk or bike the trails through the surrounding countryside and enjoy the endless landscape of grape vines. Rüdesheim lies in a corner of the wine producing region, the Rheingau, so wine making is an important part of it heritage and traditions. Each summer there is a wine festival where a Wine Queen is crowned. 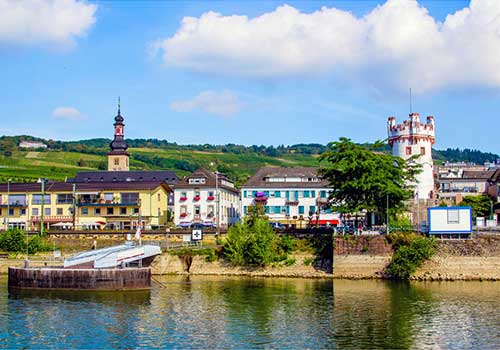 The town from the Rhine 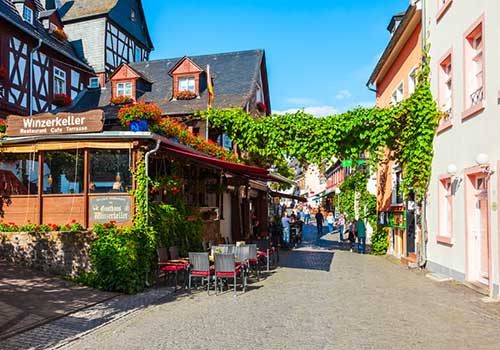 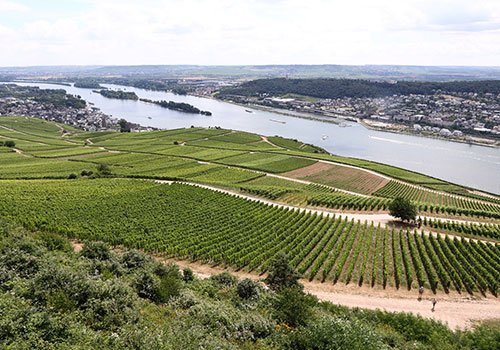 There are a number of other festivals you might be lucky enough to visit if coinciding with your trip. Two of these are the Fireworks Festival in July and the Rheingau Music Festival. Many cruisers try to visit in late November to mid-December when the Christmas markets are in full swing. Most streets in the old center of town will have purposely built huts (over one hundred !) selling Christmas ornaments, food stuffs, and other holiday goodies.

A popular attraction in Rüdesheim at any time of the year is Seigried’s Mechanical Museum. Most of the building composing the museum is in itself quite interesting as it is centuries old, built in early Medieval times. Here you can see a vast exhibit of self-playing instruments with modern (but much smaller!) versions available in the attached gift shop.

Other attractions nearby are the Niederwalddenkmal , Brömserburg Castle with nearby Fortress Boonsenburg, and the Medieval Torture Museum = the latter of which requires no further explanation!

Ride the cable car to see the Niederwalddenkmal, a 125 ft. monument. Construction started in 1871 and it was inaugurated in 1883. The monument represents the unification of Germany after the Franco-Prussian War, and is located above the city in the Niederwald Landscape Park. The park, from the same time, is worth a visit as well.

For wine lovers, a visit to the Brömserburg castle might be more to your liking. It contains a wine museum with a collection of wine making paraphernalia. The castle itself is quite historical being the oldest in the Rhine Gorge region. Originally built as fortifications, it has been a residence of the Knights of Rüdesheim, and then of the archbishop, until purchased by the town in 1941.

Rüdesheim am Rhine is one of the highlights in a series of highlights of a Rhine River cruise. One should take the opportunity of visiting the town twice if you can, once on a summer river cruise, and once again for the Christmas Markets. You won’t be disappointed either time! 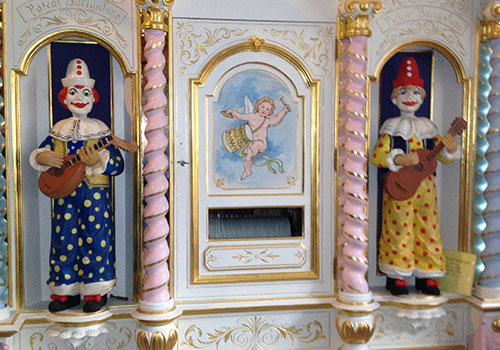 Mechanical Instrument at the Museum 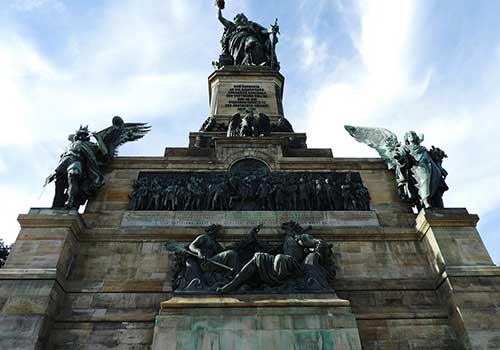 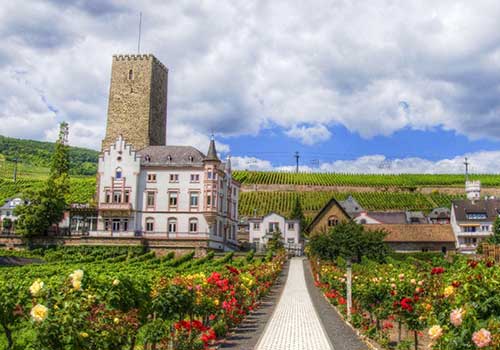